During a talk yesterday, a Jewish professor of philosophy posed the question of why he was not a Zionist. Clearly, the answer requires no philosophical investigation. Zionism as the national movement for the establishment of a Jewish national homeland in historic Palestine is, ipso facto, a colonial project that would be realized only by the ethnic cleansing and the dispossession of the people, who have inhabited the land of Palestine for centuries, i.e. us, the Palestinians. However, while, by virtue of being Palestinian, my entire existence is hinged upon my opposition to the Zionist project and the Israeli state, I am no less disenchanted by the supposedly redemptive undertones of the alternative form of politics this professor was advocating. This form of politics insists that the way to go forward is by embracing our common humanity, a humanity that binds us all together and liberates us from our particularistic identities, be they racial, ethnic, religious, gendered etc.

I attempted to raise the question of whether this form of global humanism was a plausible political vision for the Jewish people at the time. That is to say, it does not seem logical to demand that the Jewish people, who have been the historical victims of European anti-Semitism and had historically been persecuted only because of their Jewishness, regardless whether they truly believed in Judaism or not, treat their Jewishness as secondary to a more global and primary identity, which is their common humanity with others. Jewishness was constitutive of who this community was and it is on this basis that they were persecuted. It seems rather supremacist to insist that the Jewish people had no right to construct a politics founded on their Jewishness. Of course, we can still agree that this politics which should have been purely redemptive has become only another fierce form of European imperialism, an imperialism that was born of the newly formed Judeo-Christian alliance against Islam as the Zionist movement aligned itself from the beginning with the European powers at the time which thus gave birth to a new historical injustice whose victims are us, the Palestinians.

But to deny that an oppressed people, be they Jewish, black, Muslim or otherwise have only one way to do politics and fight against their oppression which is to assert their humanity with the rest, rather than emphasize their particularistic struggles is, at best, spurious. Of course, this is not to say that these people are not ‘really’ human. They are. But that is no reason to regard this common humanness, and not their provincial identities, as the foundation of their political struggles for redemptive power and against oppression. This is what I mean by humanism.

We surely have enough reason to throw into question the universalist claims of humanism. Humanists would like us to believe that the historical and contemporary systematic and institutional practices of racism, imperialism and patriarchy have nothing to do with humanism, and that these are only a distortion of what humanism should be. Humanism can only be good, and it is the best thing for everyone. Only that it has not been. It does not work for most peoples across the globe. The majority of the world population are oppressed, unprivileged, disadvantaged, and disenfranchised. Humanism is based on the human, and the Western idea of the human has been used to legitimize scientific racism and colonialism. Not that we are not human ourselves, but keep your idea of the human to yourself.

It is not coincidental that the boundaries of the human seem to correspond with the West. To clarify, it seems that the closer one is to the ideal of the West, the closer they are to realizing their humanness, that is, their essence as human (whatever this essence is). For example, by virtue of being in, or better yet, from the West, one seems to have more access to what we regard as basic human rights. One’s life becomes more valuable (hence the death of a dozen in Europe is guaranteed to generate more attention and fiercer outcry than a hundred in Baghdad), one’s freedom of movement becomes less restricted, one’s quality of life, generally speaking, is higher. I am not saying here that everyone in or from the West is in an equal position or is in a better position that everyone in the non-West. Of course, some are more privileged than others, but, in general, we are safe to state, and based on personal experience, that one is treated as more human– albeit not as equally human as everyone else– simply by being in the West and thus closer to the West. This is also why humanism is also colonial idea, as it is predicated on the distinction between the West and the non-West.

To conclude, we have strong grounds to reject the demand that any oppressed people can build their political project on the idea of the human, and, as victims, only by asserting our humanity, can we hope for a better treatment by our colonial masters. 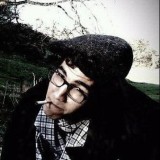 Mohammed Sulaiman is a PhD candidate in Australia.

4 replies on “Why I Am Not a Humanist”

You may find this of interest.

Interesting article, I agree with a lot of your ideas, not all, but a lot. This article is a very good read so I am going to reblog it for you.

Reblogged this on Truth Troubles.

I saved this to read later a long time ago.

All the practical problems you raise are true, but I think your definition of Humanism is linked to the conclusion you felt you wanted to make. Humanism wasn’t a type of identuid politics, it was originally about how we should decide on what values to apply in social and political decisions.

That Western practice of Humanism has been imperfect and inconsistent so far, including because of some faulty conceptions of what is a human person, I don’t think that proves that it’s an entirely bad idea and should be rejected totally.

My ideas of Humanism come from writers including Emmanuel Levinas, Jacques Maritain (Integral Humanism and the crisis of modern times), and John Zizioulas. Admittedly these are not mainstream now and they’re all towards the more religious humanist end of the spectrum.