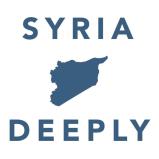 Disclaimer: The following post was first published on Syria Deeply and republished here with permission. It was written by Mat Nashed, a freelance journalist specializing in Middle East migration. With a strong focus on the Syrian refugee crisis, Nashed’s work has appeared on VICE, Al Jazeera English and Middle East Eye.

I’ve requested this article to be republished here to help us tackle the Syrian refugee crisis in Lebanon, with a focus on how it relates to the Lebanese government, xenophobic racism and coming together to find a viable solution to this issue.

I will be writing a follow-up post to try and expand on the discussion. I understand that this is a sensitive topic for many, but please think about it with an open-mind. Thank you.

Nearly one in five people in Lebanon is a Syrian national – the highest refugee population per capita in the world. Struggling to cope with the weight of 1.1 million Syrian refugees, Lebanon has employed a variety of tactics to push displaced Syrians out of the country. While the government insists that these measures safeguard Lebanese citizens, there is a desperate need for a new approach that doesn’t punish Syrians for their dispossession and incite yet more anti-refugee xenophobia.

Earlier this year Lebanon enacted strict new visa requirements to dissuade Syrians from staying in the country – although most have nowhere to go, with their own homeland so badly war-torn. Discriminatory restrictions and vigilante attacks have created a climate of fear for many Syrian refugees.

Although not a member of the United Nations 1951 refugee convention, Lebanon is a party to the protocol against torture. The latter, in tandem with customary international law, bounds authorities to the principal of non-refoulement – a principle that forbids the return of people to a country where they could be killed or experience a severe violation of their human rights.

Lebanon’s policy of deterrence ensures a breach of this custom, and must be understood in light of the global community’s failure to assist with the crisis. So far this year, countries outside of the Middle East have provided resettlement to a mere 4,500 Syrians, a number comprising just 0.04 percent of the total number of refugees in Lebanon.

In April 2015, the criteria for entering Lebanon as a “displaced person” were finally made public: only unaccompanied minors and persons living with disabilities could be granted asylum. Those escaping armed conflict or sexual violence had no escape, pushing thousands to cross the border irregularly. If caught, Syrians are instructed to leave within five days before paying a $633 fine — an amount that few can afford.

Just three months after new restrictions were enforced, UNHCR reported an 80 percent decrease in refugee registration. To make matter worse still, UNHCR was then ordered to temporarily suspend all refugee processing in May.

According to a report released by the Norwegian Refugee Council, an NGO that offers legal assistance to displaced persons, municipalities in Mount Lebanon have become more suspicious of Syrians living without legal status. This is because of a growing misconception that refugees who escaped to Lebanon through an unofficial border are affiliated with dubious armed gangs in Syria.

Many municipalities have consequently imposed strict curfews on Syrian refugees to restrict their movement. Scared of repercussions, refugees have avoided interacting with Lebanese nationals through fear that they could be threatened, exploited or reported on at any time.

Most victims didn’t report the attacks through fear that their assaulters would retaliate or that they themselves would be arrested for their lack of legal status. For those who had reported assaults against them, local authorities took no action.

At the start of the war, NGOs also did their part to foster tensions. Though aid agencies were quick to respond to the need of refugees, few offered assistance to the impoverished communities hosting them. This lack of response incited resentment toward Syrians living in these communities. While aid agencies soon adopted a new approach, the government in Lebanon remains reluctant to modify its own.

The government should develop a comprehensive asylum strategy situated around refugee rights: this starts with not turning away anyone at the border. Only a clear legal framework, advised by UNHCR and local refugee advocacy groups, can uphold the principle of non-refoulement and ensure security concerns are addressed.

Renewing residency is also an extremely difficult task for Syrian refugees. Each person above 15 years of age must pay $200, show a valid I.D. and sign a “housing pledge” that confirms where they live.

Paying $200 for every member in the family is an insurmountable struggle in itself. To place this sum in perspective, those receiving food assistance from UNCHR are given $19 a month, a number that amounts to absolute poverty.

Showing official documentation is equally challenging. When thousands flee abruptly, many have little time to grab official documents in the midst of armed conflict. If they do, passports are frequently confiscated at checkpoints en route to Lebanon. With no other option, many have resorted to paying hundreds of dollars for counterfeit papers.

If the government in Lebanon truly wants to enhance security and limit organized crime, it would do well to waive the renewal fee and accept more accessible forms of identification: UNHCR registration papers would be an appropriate substitute.

To do so, the government would first have to allow UNHCR to register Syrians freely, without interference.

Instead, on top of preliminary requirements, Syrians renewing their residency are divided into two categories. Those registered with UNHCR must sign a pledge “not to work” in Lebanon, while those who aren’t must find a Lebanese sponsor.

The pledge not to work leaves refugees entirely reliant on aid assistance. Severely underfunded and sometimes corrupt, these services can’t even meet basic needs. Needing a sponsor isn’t any better since it leaves Syrians open to exploitation and abuse.

For those able to fulfill all requirements, many still have their application arbitrarily rejected. Out of options, most live in fear of authorities and are sometimes subjected to sweeping arrests.

While denying legal status to Syrians has empowered organized crime and added to existing xenophobia, Lebanon won’t modify its approach until it receives much greater support.

If the international community is truly committed to the principal of non-refoulement, then it should help Lebanon honor it. Without adopting a substantial resettlement strategy, the fundamental right for Syrians to seek asylum will remain neglected.