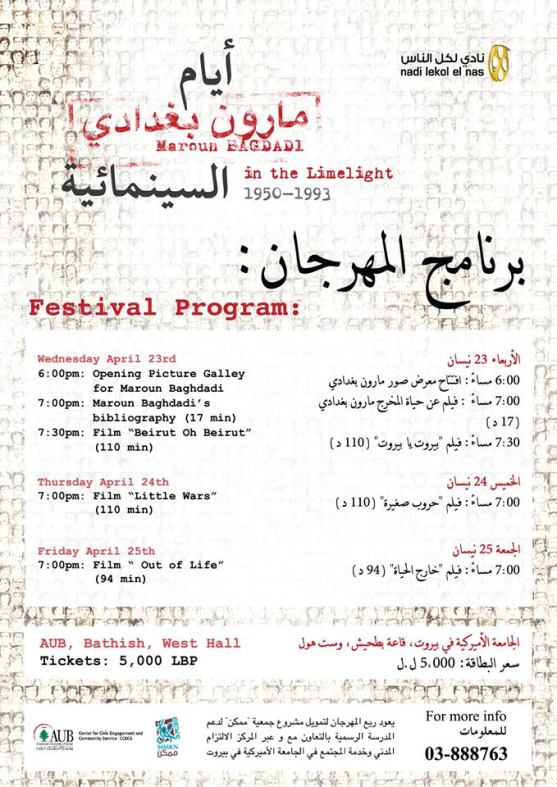 Maroun Baghdadi is arguably Lebanon’s greatest documentarian. His portrayal of everyday Lebanese during the 70s and 80s evokes haunting images of a nation of fractured identities. His movie “Beirut oh Beirut” was described by ArteEast as “perhaps the first real masterpiece of Lebanese cinema” and for good reasons. When it was shown at 1982 Cannes Film Festival, Baghdadi was praised by a prominent film critic saying “to make a film about Beirut that eschews polemics for more universal, more human issues is an achievement” (can’t find the source).

“Maroun Baghdadi in the Limelight” is organized by The Center for Civic Engagement and Community Service (CCECS) and the Palestinian Cultural Club (PCC) at AUB, in collaboration with “Nadi Lekol el Nas”(Culture for Everyone) and MMKN organization.

The program will feature screenings of 3 of his documentaries, his bibliography as well as a photo gallery. You can RSVP here.

2 thoughts on “Maroun Baghdadi in the Limelight”